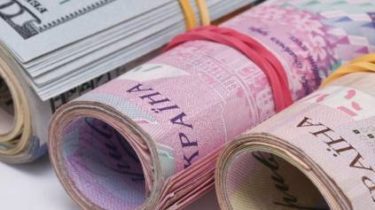 For 2017 in the Ukrainian banks the “dead” had 55% of the loans, payments on which are overdue more than three months. At the same time revived credit activity of banks in certain segments of the market. In particular, loans to population increased by 40%, i.e. almost half. Lending to the corporate sector in local currency increased by 8.6%. At the same time decreased the total lending in foreign currency.

Also active inflow of deposits into the banking system, has improved the profitability of assets and capital of banks, as well as the importance of economic standards in the whole banking system.

The money was more profitable to put on deposits in UAH, than in dollars – Deputy Chairman of the NBU

Among the factors that restrained the recovery credit, the national Bank is called: the persistence of significant credit risks and high interest rates on loans; high debt level among borrowers in the corporate sector; decline in demand for loans from those companies that have improved their financial status; investment funds banks in these comparatively high-yielding liquid instruments and low risk, as the NBU Deposit certificates and government bonds; a high proportion of loans that are not serviced, which reduces the scope for lending; the weaknesses of the legislation.