In Kiev started the trucks, however, warned of a possible resumption of limiting the entry 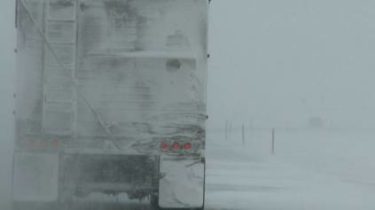 In Kiev removed the restriction on the entry of large-sized and heavy trucks with all 9 entrances.

This was reported in the press service of Kyiv city state administration.

“Restricting the entry of large-sized and heavy trucks now removed all 9 entrances to the capital”, – stated in the message.

At the same time, it is noted that on the evening of 28 February, the entry may again limit in the event of renewed snowfall.

“Municipal services of Kiev continue to operate in emergency mode. In places that are difficult movements work trucks. So, on the streets of Academician Zabolotny Eleny Teligi by trucks has released over 40 trapped cars,” – said in the KSCA.

We will remind, on the last day of February due to snow and strong wind on the roads formed snow drifts. Trucks are not allowed in major cities. In Kharkiv with frostbite of the extremities were hospitalized 40-year-old man. In the Donetsk region remained without electricity two dozen villages.

According to weather forecasts, this afternoon the bad weather subsides a little. However, by the evening a visit to Ukraine another powerful snow cyclone. Snow and storms in the evening again will cover the South and South-East. 1 Mar will be the place throughout the country except the West.