By agreement of the parties: Filatov fired his assistant for provocative statements about the state language 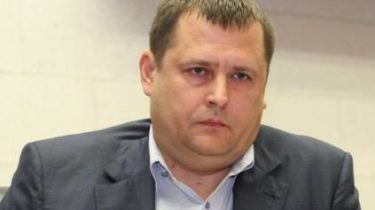 The mayor of the Dnieper Boris Filatov sacked his Deputy Svetlana Epifantsev for provocative statements regarding the status of state language in Ukraine and the violation of ethics of the civil servant.

According to the Ministry, the order about dismissal of the official by agreement of the parties Filatov signed today, February 28.

“I am eternally grateful to Svetlana for their help in the creation of a coalition in the city Council. More than two years I endured her squabbles and endless showdown with the other workers of the Executive Committee. But today my patience snapped. Exactly after the story of the public scandal about the status of the Ukrainian language”, – wrote on his page in Facebook the mayor of the Dnieper.

According to Filatov, in his deep conviction that government officials have no right to behave as he behaved MS epifantseva.

“Believe me, everyone has the right to a personal opinion. But that’s only the official’s opinion should Express… the kitchen, not in public. Like epifantseva, who felt untouchable, unaware that the reasoning of public officials about the status of the state language at least the quarrel between the inhabitants of the territorial community and as a maximum upset the fragile stability in the country. So my subordinates (any) will not talk publicly about language policy, what in Kiev, bad government, and to evaluate heads of state,” – said Filatov.

About seals and Olivier. … Maybe I should just give an explanation regarding the dismissal of Svetlana Epifantseva. So…

We will remind, earlier epifantseva published in the Facebook information that the city closed one of the theaters due to the small attendance. The reason, she said, was to ban Russian films and show only foreigner in the Ukrainian language.