Everything is only getting worse. The national Bank once again raised the discount rate 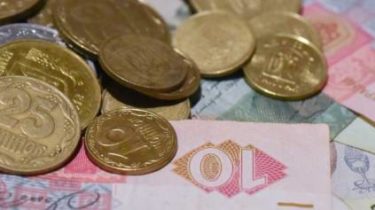 The national Bank of Ukraine did not see improvement in the economy and to curb inflation once again raised the discount rate – from 16% to 17% per annum.

A new indicator will be effective from tomorrow, 2 March.

“A fourth consecutive interest rate hike is appropriate, given the absence of significant signs of easing inflation risks and aims to reduce consumer price inflation to the target level in the medium term. In January 2018 consumer inflation accelerated to 14.1% yoy and thus exceeded the trajectory forecast of the National Bank, published in the August Inflation report” – explained their actions by the NBU.

According to preliminary estimates of the regulator, “a high rate of inflation also continued in February. This is mainly due to higher-than-expected growth of prices for food and services. Also this has resulted in the increase in fuel prices due to a more significant rise in price of oil on world markets and the weakening of the hryvnia in the previous months.”

Core inflation in January accelerated to 9.8% in annual terms.

“This was the result of several factors: increased production costs due to the further growth of wages at high rates, the weakening of the hryvnia over the last few months and the acceleration in consumer demand”, – stated in the NBU.

The regulator notes that since October last year, he began to tighten monetary policy, which helped to counteract the growing inflationary pressures.

“As expected, the increase in interest rates stimulated the growth of interest rates on banks’ operations and increase the attractiveness of the hryvnia financial instruments. This, in particular, contributed to the active inflow of foreign capital into government securities in national currency. It should be noted that short-term capital flows may, under certain conditions can be quite volatile and pose risks to external stability of the economy. However, while the national Bank assesses these risks as low,” – said in the message.

The regulator also called causes, thanks to which strengthened the hryvnia on the currency market.

“Inflows of non-residents, together with increased foreign currency revenues from exporters at the background of the favourable situation on world markets had a positive impact on the supply of currency on the interbank market. This led to the strengthening exchange rate of the hryvnia against the U.S. dollar. However, the strengthening of the hryvnia to the US dollar has occurred against the background of weakening of the latter in the global currency markets. Therefore, if we consider the dynamics of the hryvnia to the whole basket of currencies of major trading partners of Ukraine, it does not create preconditions for a more rapid reduction of inflation”, – noted in the NBU.

The regulator also predicts that by mid-2019, the inflation in Ukraine will decrease to 8.9%.

Among the inflationary risks, the NBU has called such:

– high vulnerability of the Ukrainian economy due to the fact that it continues to otrokovitsa receive the next tranche under the program of cooperation with the International monetary Fund.;

Meanwhile , the IMF said that the projected economic growth for Ukraine is not enough – we need investment.