“Not going to pigeonhole”: Poroshenko called when Parliament should run anti-corruption court 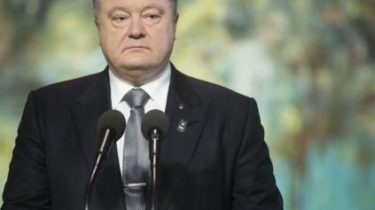 The rules of the Parliament gives you two weeks to submit amendments to the law on anti-corruption court.

This was stated by President of Ukraine Petro Poroshenko, commenting on the adoption by the Verkhovna Rada on the basis of the presidential bill “About the Higher anti-corruption court.”

“Then to be meaningful discussion of the norms of the project that has caused the most debate. And I emphasize that the discussion is needed, careful consideration is also required as well as required unconditional observance of the rules. But I would like to warn you – I won’t let the project speak meaningless syntactical or spelling corrections and not give to put it in a closet, as someone who hopes”, – he stressed, noting that any delays with the second reading is absolutely unacceptable.

According to Poroshenko, finally, the law establishing the anti-corruption court must be passed in the spring.

Besides the presidential team initiated the discussion of the constitutional judicial reform passed the relevant amendments to the Constitution and the results created a new Supreme court.

“And the anti-corruption court is an extreme step to ensure that bribes are not only exposed and caught all law enforcement agencies and General Prosecutor’s office, and tried and punished. Because society rightly requires that not just caught the corrupt officials, but they are just in and out of prison,” said Poroshenko.

Separately, the President announced that the results of the 2017 corrupt officials was handed down 1692 sentences only representatives of the Prosecutor General.

“I am confident that after the completion of anti-corruption infrastructure, with the launch of the anti-corruption court, we will complete the whole of this mechanism. And I thank our international partners, non-governmental organizations, volunteers and activists, all who are part of a unified command changes the state,” he concluded.

We will remind, on 1 March the Supreme Rada adopted the bill on the anti-corruption court in first reading. The document still awaits a second reading, during which the contents of the bill can be changed.

22 Dec 2017, President Petro Poroshenko has submitted to Parliament a draft law on Higher anti-corruption court. The IMF said that the paragraphs of this document are contrary to the obligationswhich Ukraine undertook before the international partners. In response to what Poroshenko said that the draft law on anti-corruption the Supreme court developed in accordance with the Constitution of Ukraine and in accordance with the recommendations of the Venice Commission.