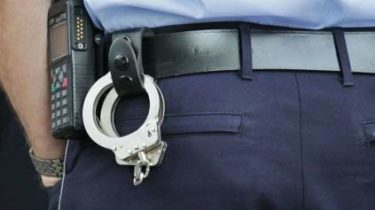 In Kiev, the son of the Deputy Minister of education and science of Ukraine Volodymyr Kutunza was accused of robbery.

This is with reference to a source in law enforcement reports the observer.

It is noted that he was a suspect in an armed assault to seize the Iphone 8 Plus.

According to available information, Michael Kovtunets conspired with his two accomplices, decided to make an armed attack on the courier one of the online stores that sell appliances. In turn, for this purpose, he borrowed from a friend a gun. Ordering in the online store Iphone 8 Plus, they waylaid the messenger, and then, threatening with the weapon and the use of force, demanded to give them a smartphone. However, the victim managed to escape with the goods.

In the end, the courier wrote a statement to the police. After some time, law enforcement officers came to Kutunza Jr. and his accomplices.

In turn, the Ukrainian truth with reference to the representative of Ukraine Yaroslav was Trakalo reports that the Kiev police are investigating a case of robbery to the courier in which it is reported about suspicion to two persons.

“This assault was over a month ago. Currently on this fact initiated criminal proceedings under article 187 of the criminal code (robbery), to two persons it is declared suspicion. The investigation is ongoing. If during the investigation procedure will be proven guilty of a third person involved, then it will be carried out necessary investigative actions “, – he added.

According to Ukrainian Pravda, the third defendant is the son of the Deputy Minister of education and science Vladimir Kutunza Michael.

We will remind, earlier in Kiev was detained 14-year-old son of people’s Deputy from “Radical party” of Oleh Liashko Ihor Popov who tried to Rob a grocery store, according to the Insider, citing sources in law enforcement bodies. Igor Popov in Facebook wrote that his son Bogdan “fell into bad company, and committed the offence”, but what exactly happened, the Deputy said.