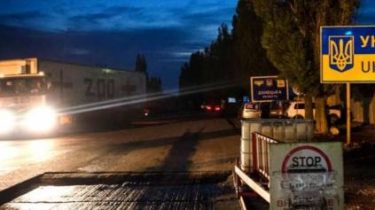 OSCE observers have stated that the occupied near Amvrosievka in the Donbass noticed the van marked “Cargo 200”.

This is stated in the report of the organization.

“Settlement Amvrosievka (not controlled by the government, 56 km South-East of Donetsk) the observers saw a white van marked “DNR” on the windshield which was a sign with the inscription “Cargo 200″ in Russian. The van was moving South-East on the highway Т0507”, – reads the statement of the observers.

Recall that in Minsk the parties agreed on ceasefire in Donbas on Monday. Also, the militants “DNR” gave a guarantee of safety for repair crews to restore mobile communication in the occupied territory of the Donetsk region.