“Panic fire”: Marines at Avdeevka disappointed with the weak level of readiness of the opponents of the “DNR” 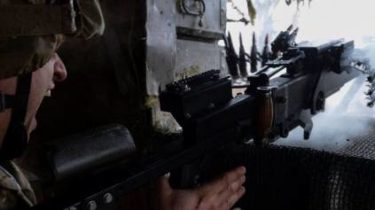 Weather made it impossible for any message with the advanced positions in a combat zone in the Donbas, except for military equipment. The journalists were forced to get to the defenders of the Town on the armor along with the military, says the story TSN.19:30.

A day the enemy did not dare to attack the APC, so as not to expose themselves and not to run into fire.Military and journalists directly from the armor fell into the tangled maze of trenches stretching for hundreds of meters away. “Force them to break through our front no, on the attack they will not go. They will simply be destroyed and all”, – assured the soldiers APU.

Only enemy projectiles can stop training in Avdiivka schools. Sleep and rest residents of this town now protect paratroopers. And for this peace of mind guys paid with their lives. 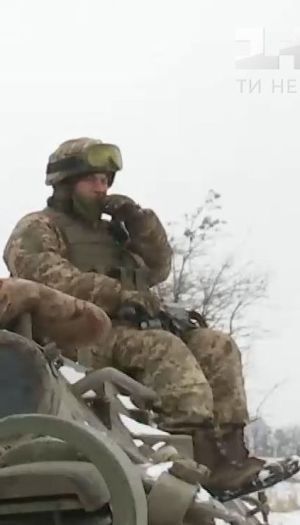 The Marines did not hide his disappointment with a weak level of training of militants who are opposite. “Judging by the actions of the enemy, I think that the professional staff they have is very little. Shooting is not clear where, panic shooting”, – says the fighter. However, the military add that can’t afford to relax, because the war is one of the most dangerous mistakes – sometimes the enemy consciously works to lull, and then suddenly strike.

Under the protection of the APU continues a peaceful life in the town. Frosts and snowfalls did not stop teaching at the local schools, because the vagaries of the weather – not a good reason to interrupt the educational process for people who know what artillery shelling. “The school is operating normally. Almost all children attend classes,” says the Director of the 6th secondary school of the Town of Victoria Shlyakhova.

The defenders of the Town say that for the sake of these kids and freeze on the front lines and risking their lives. But do not complain on the conditions of service, but only for lack of permission to move forward. “This is our land, how many can fight? Three years to stand in one place? This is unrealistic!”, – said one of the troopers. He and his sister believe that their share will have the honor to liberate Ukrainian territory from the occupying forces.