Love triangle: MP Deidei leaves wife for mistress, a nephew of the colleagues on fraction 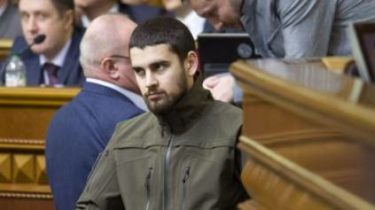 The people’s Deputy Evgeny Deydey from the “popular front”, which would deny immunity for possible illegal enrichment, divorcing his wife. And she already confirmed this information and hinted that the reason for this was “third” in their relationship, according to a story TSN.19:30.

Details wife no comment, but notes that it is a very sore subject. But while undiluted Deidei already publishes on his page in the social network of happy photos with Daria Ledovskih, and accompanies their romantic signed “Thank you”.

It is known that Darya – niece, Elena Ledovskikh, also the people’s Deputy from “popular front” and the right hand Mykola Martynenko. The court hearing regarding the divorce and division of property is already scheduled in two weeks. According to the Declaration of the Deputy, two apartments in Odessa belonged to his wife, Inge.

About disorders in the family it became known a month ago when Deidei with his wife Inge made a public sharing of posts on social media about the affair. Information about this confirmed the wife of Dade. The reason for the divorce, hinted Inga, was “third” in their relationship.