The legendary swindler of the 1990s again began business in Kiev 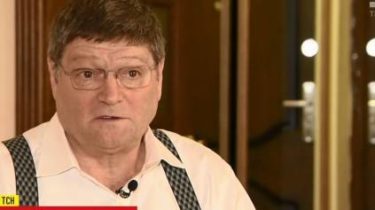 Returned to Kyiv first Ukrainian millionaire and founder of the cooperative “mercury” Semyon Yufa. It was his brainchild became the first financial pyramid in the former Soviet Union, says the story TSN.19:30.

“Mercury” deceived about 40 thousand Ukrainians with promises of large profits, and its owner later fled abroad where he lived for 22 years. It was the work of Yufa has led to the emergence of such words as “Scam”. In the 1990s, its structure, the most conservative estimate of law enforcement, earned $ 4 million a day. Against the businessman filed a criminal case for fraud, but to its logical end, it never brought.

In the 90s he was the first Ukrainian millionaire and founder of the cooperative “mercury” – the first financial pyramid in the post-Soviet space. That he cheated thousands of Ukrainians who were seduced by promises of large profits. Then fled abroad, where he lived for 22 years. 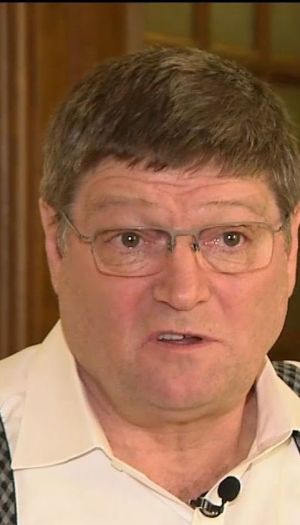 Journalists with a crook from the past was found by accident – he recently came from Israel. An interview with him offered to write businessman Oleksandr Shpak, who complained about seized by prosecutors he’s got a huge amount of money. The Prosecutor’s office confirmed the search at the specified address, but explained that they had conducted investigative actions not against Shpak, and against Sergey Lekar, Deputy head of MIA Yanukovych times. Withdrawn from the funds, as I suspect, belong to the Healer.

But Shpak asserts that the money belongs to him and partners from Israel, including Uffe. A former investigator Ubopa Anatoly Fesun, which investigated the activities of a businessman, believes his return to Ukraine is not accidental. “Things are not finished, they were never closed. I think he could not appear. It was fixed. His task was brain. He’s the brain of it all. He created,” says the former policeman, who still calls the cooperative “mercury” mafia structure and compare with the Italian “kozanostra” and Asian “triads”. Peson says Yufa appeared in many criminal cases in relation to tax evasion, and money laundering and on fraud.

Again, the court arrested the apartment swindler, who, after the bail, updated transactions

He Yufa behaves like a victim and complains that he took a profitable business and expelled from the country. “I got kicked out of the country physically, pressed my whole huge successful business, and my family gave only nine months, so I silently disappeared and sat in Israel,” he says. Now the con man is a legend spins new projects, one of them resembles a pyramid scheme, while others are more mundane – he opened in the Zhitny market dumplings, and on Khreshchatyk, near the Bessarabian stall with Shawarma.