Capitalization of Facebook for the week fell to 58 billion dollars 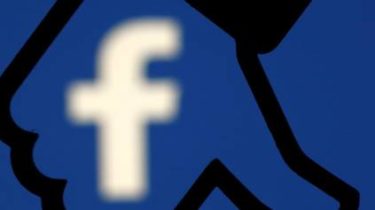 Capitalization of Facebook for the week fell to 58 billion dollars

Shares can fall further in price

Value of one share of the company Facebook, through which the British analytical firm Cambridge Analytica abused large amounts of data on the us stock market fell by $ 18.

This became known in the night of Saturday after the end of trading on the stock exchange of new York, writes DW.com.

Value of one share of the company on the us stock market fell from 177 USD 1 cent on Monday to $ 159 for 39 cents before closing on Friday.

Investors fear the increased attention of Supervisory authorities and the outflow of users, says a leading analyst at Pivotal Research Brian Wiser.

The initial offering of shares in 2012 the market considered social network 104 billion. Due to the constant influx of users and dominance in the digital advertising market value of one share increased from the initial $ 38 to $ 190 in February 2018. However, in the coming months the share price may fall to $ 152, according to Wiser. The forecast analyst has prepared before the scandal with the leak of information.