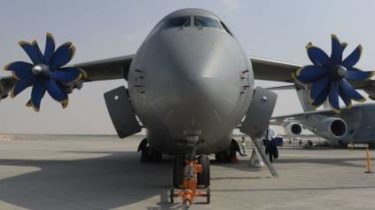 Import substitution of Russian components that the company carries out in 2015, not help to start mass production.

“Antonov” can’t establish serial production of the aircraft without Russian components and is seeking ways of circumventing the sanctions through Belarus.

“Antonov” and Minsk plant of civil aviation No. 407 (MIND) are closed negotiations on the establishment of the service center in Minsk.

Upgraded giant airplane “Mriya” made its first flight over Ukraine. Exclusive to TSN

In Belarus it is planned to continue airworthiness, resource, aircraft, to carry out maintenance, repair and Assembly of aircraft An-148/158.

According to the Protocol of the negotiations between the companies (a copy of which is in the order of publication), in the framework of cooperation the possibility of using Russian components, including sanctions.

EU continues sanctions against Russia. This, according to media reports, agreed the ambassadors of EU countries. We are talking about the list of a hundred names, and also about a few dozen companies illegally operating in the occupied Crimea. Officially, the extension of sanctions against them must approve in the coming days. In the black list, in particular, Russian Deputy Prime Minister Dmitry Rogozin, the Ambassador to the United States Anatoly Antonov and TV presenter Dmitry Kiselev. 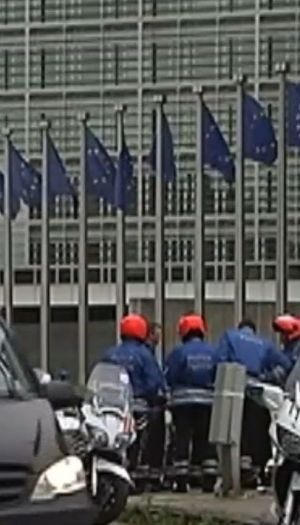 It is noted that the substitution of Russian components that the company carries out in 2015, not help to start mass production.

According to the Vice-President of Antonov Andrey Chabanova, the company considers it appropriate to develop joint government programs for the organization of cooperative production and serial production of civil aircraft An-148/An-158 in conjunction with the Minsk plant of civil aviation No. 407, as a transitional stage for exit from a critical situation faced by the “Antonov”.

The pilots promised to go to the “Mrie” 7-year-old boy, who defended the dignity of “Antonov” in front of the British encyclopedia

In Antonov confirmed the fact of negotiations, but declined to comment on details of the project, since a final decision on its implementation is still pending.

Earlier it was reported that the An-70 aircraft will have new avionics without Russian components , thanks to international partnership.