In Kiev, the tram derailed and crashed into a parked Lexus 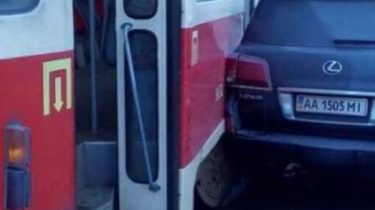 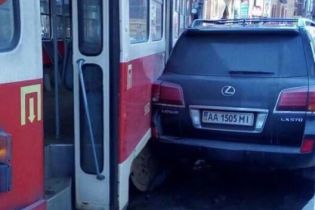 In Kiev, the tram derailed and crashed into a parked Lexus

The traffic on the street temporarily hampered.

In Kiev on the street Wednesday of an accident involving a tram, which followed on route 15, and a Lexus SUV.

“Accident in Kiev vul. Dmitrov: tram has “jumped” off the rails in a parked Lexus”, – stated in the message.

Traffic accident in Kiev, Dmitrievskaya str: tram has “jumped” off the rails straight into a parked Lexus. The car received…

In the result of collision of cars were damaged, nobody was hurt. Now, the police.

Because of the accident movement of trams has been temporarily blocked.

We will remind, on March 24, there was a similar accident. The tram derailed on the street Hlybochytska due to a broken wheel. Fortunately, the driver managed to stop the tram, until he crashed into other road users.