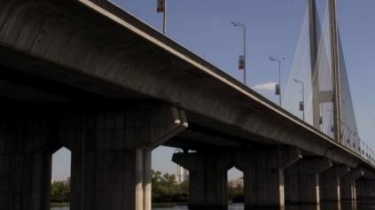 The reason is the repair work on the road.

On Tuesday, March 27, in Kiev will limit the traffic on the South bridge and overpasses near the North bridge, formerly known as Moscow.

The reason for the restrictions are repair work for these sections.

We will remind, in February, the Kyiv city Council renamed the capital Moscow bridge in the North.