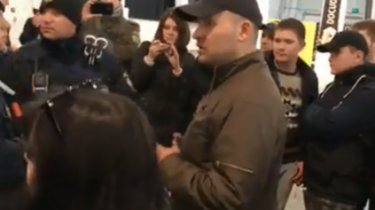 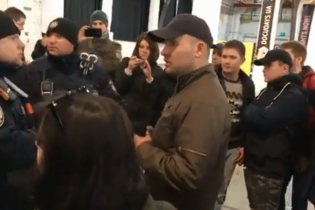 They hesitated at the posters on the rights of minorities and never left the premises.

In Kiev unknown radical thugs broke into the exhibition documentary film festival Docudays on the rights of the disabled, sexual and ethnic minorities. They tore down posters about equality and did not leave the premises until the police arrive.

Reports about it “information Center on human rights”.

Unknown came to the gallery IZONE at 16:20, there were about 20 people, mostly teenagers. The guys burst into the room, tore posters of the human rights on equality in society for persons with disabilities, national and sexual minorities, persons with diseases, HIV and the like.

MPs disrupted the meeting of the Committee on national security, where the meeting was to consider an important bill

As reports “up.Life”, one of the men went through the posters with their feet. They said they wanted to participate in the discussion and left the room. In a video released by the organizers of the exhibition one, as the guys are sitting in a room on the ground provided for the participants and guests.

Some time the entrance was blocked by guys, but after the arrival of the police and the head of the Kyiv patrol Yury Zozulya passage unblocked. Subsequently, unknown kicked out of the room, and the discussion continued.

Recall, March 6, in Lviv the activists blocked the entrance to the Opera house, which was supposed to take place the concert of singer Irina Bilyk. They were holding posters that the artist does not want to publicly recognize Russia as the aggressor. The entrance was blocked. Before the Opera spilled pig’s blood and threw her two roses.