In the East of Ukraine Ukrainian military was lost. Day in the Donbass 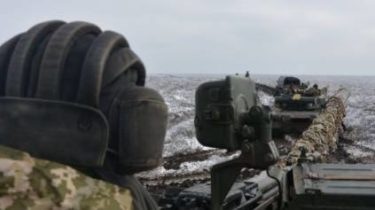 In the East of Ukraine Ukrainian military was lost. Day in the Donbass

The militants are increasing the number of attacks.

Over the past day the militants 44 times they opened fire on the Ukrainian positions in the ATO area. One Ukrainian soldier was killed. Another received a combat trauma.

Posted by the Press center of the ATO headquarters on Sunday, March 25, 2018

On Donetsk the direction from 120-mm mortars fighters fired at fortifications in Experienced, Lebedinsky and Shirokino, and from mortars 82 caliber, and tank fired near the Sands. Also of 82 0mm mortar shot Talakovki, grenades of different systems used for defence items in Avdeevka, Bogdanovka, Novotroitsk, the Water, the mine Butovka, and heavy machine guns – on positions in Verkhnetoretsky and Pavlopol.

Of BMP fired near Hnutove, and small arms near the mine Butovka, Heater, Marinka and Krasnogorovka.

March 25, the defense Ministry stated that on the frontline in the Donetsk and Lugansk regions exacerbated the situation.