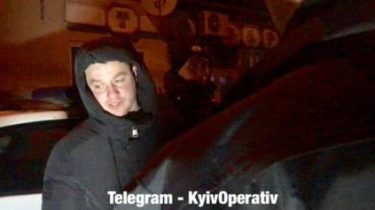 Kiev patrol had to catch up and detain the former head of the Kharkiv police.

About it reports the edition “Kiev operational” on his page in the social network.

The young man on the Mitsubishi passed on forbidding signal of a traffic light near the Mall, Lavina, for which him and the chase started. “Ride with the wind” ended already on the street Lubiewski.

“When detained, Mr. have made resistance, did not fulfill the legitimate demands of the police, and then punched him in the face (assault on a police officer in the line of duty was recorded by the investigative team). The Lord was with signs of alcoholic intoxication. To take the test on the spot (on the device #Drager) refused and went to the doctor-narcologist. He says he knows an easy way how to accept the Protocol is invalid”, – notes the edition.

Besides, he claimed that the wheel was not he, but rode in the back seat. While in the car besides him, at the time of stopping the car, nobody was there.

“Now for the fun part! The driver was Miller, Evgeny Alexandrovich. Previously headed the police patrol in the city of Kharkiv. By the way, Mr. Eugene in 2014 already made the Protocol for driving while intoxicated. It is said Eugene, it was then set up. To provide a driver’s license did not, it is not known whether there it he. Apparently, this time too,” added the publication.