Ukraine will receive from US more than 620 million dollars, the trump signed the law 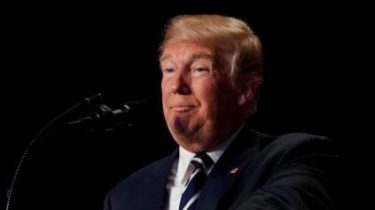 Ukraine will receive from US more than 620 million dollars, the trump signed the law

Funds will be directed mainly on defense.

The US President signed the consolidated law on budget allocations for the 2018 fiscal year, which ends September 30. Document previously approved by the House of representatives and the Senate of Congress.

About it reports “Voice of America”.

The document stated that the total amount of assistance to Ukraine will amount to 620 million 700 thousand dollars, which exceeds last year’s figure. It is reported by the Ukrainian Embassy in the United States.

So, according to the bill, the Pentagon allocated $ 200 million to provide military-technical assistance to Ukraine, which is 50 million dollars more in appropriations 2017. These funds will be used to Finance specific projects of U.S. support to the Armed forces of Ukraine, in particular, such as military training, all military vehicles and equipment, lethal weapons of a defensive character, other equipment and military services, and logistics. A list of the types of support also includes intelligence support to the armed and security forces.

Estimates of assistance to Ukraine under the U.S. Department of State and involved agencies identified in the amount of 420 million 700 thousand dollars, which $ 10 million exceeds the expenditure of last year. Increased funding aimed at strengthening policy support to Ukraine under the program “International war funding”.

“Thank the President, Trump and the U.S. Congress for support of the budget law, which envisages an increase of expenditures on support of Ukraine to 2018, Reaffirming the leading role of the US in defending the key principles of freedom and democracy. This is not only a powerful and timely signal that once again showed unfailing bipartisan support for the development of Ukraine through democratic reforms, but also real practical assistance in strengthening the defense potential of our country, when the Ukrainian people to defend their land and their independence. An effective way to stop the aggressor’s assurances of its readiness to decent defense and to repel any attack. As the consistent position of reliable allies is an invisible shield that reduces the appetite of the aggressor,” wrote the President of Ukraine Petro Poroshenko in Facebook.

Earlier it was reported that the U.S. Congress plans to allocate $ 250 million to combat Russian influence. The final version of the draft budget of the USA for 2018 fiscal year was announced on 21 March. The document provides for the cost of $ 1.3 trillion, including $ 700 billion for defense spending.

Facebook / Petro Poroshenko
,
Voice Of America
,
The Embassy of Ukraine in USA