Hyperloop to the city and the police complaint on loud sex. How online joke 1 April 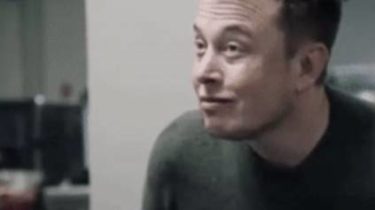 Hyperloop to the city and the police complaint on loud sex. How online joke 1 April

1 April fool’s Day in Facebook is not without its traditional pranks and jokes.

So, on the official website of “Ukrzaliznytsya” reported about the start of ticket sales for a Hyperloop vacuum train from Kiev to Lviv. If you believe the railroad, the train that has recently been testing an American billionaire and inventor Elon Musk, needs to cover this distance in 25 minutes.

From Kiev to Lviv in 25 minutes. Ukrzaliznytsia opens sale of tickets for the Hyperloop. Places in super innovative the train…

Kyiv patrol Oksana Nikonova decided to play a prank on its users, but made for them a selection of the funniest calls the cops. Among them – the neighbors complaining about loud sex, kidnapping, weapons in the game, the requirements to send a dress in search of kitty, and many more.

Let all of April 1 will be a cheerful mood!!! Offer a small selection of photo calls we receive…

Ukrainian service of ticket sales reported on the concert by American pop star Justin Timberlake in Kiev on 3 September. However, this concert in the tour schedule of the singer on the official website were not found.

Breathe deeper! Incredible Justin Timberlake is coming to Kiev! The musician will give a big concert at the NSC “Olympic” 3…