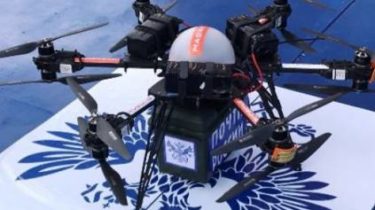 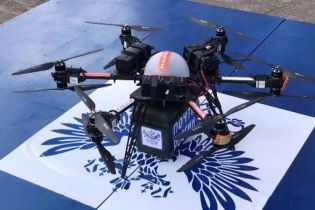 Officials are already trying to find the culprits.

In Russian Ulan-Ude “Mail of Russia” has launched the first drone with the package. However, after a few minutes after starting it crashed against the wall.

An unmanned drone was supposed to deliver a mail parcel to the village of Lower Santoy, 15 miles from point of departure. However, the video shows how the camera rises up, and then on high speed just flies into the wall of the house, which stood nearby.

U.S. drone Uber for the first time got killed by a man

Local officials have high hopes for the launch of the unmanned mail delivery. At the launching ceremony was attended by the head of Buryatia Alexey Tsydenov. Also participating in the launch was attended General Director of “Mail of Russia”.

“I am very happy that we are here today to start this project, which should be successful,” said Tsidenov.

As reported by telegrams channel Mash, in Ulan-Ude guilty think unknown people who allegedly deliberately created a diversion, sending a drone out a magnetic pulse that knocked camera.

Recall, Zaporozhye company “InfoCom LTD” has developed an unmanned Lanos, which is able to move without the participation of live driver.