In Kiev, exploded Range Rover: the murder of the owner of the car 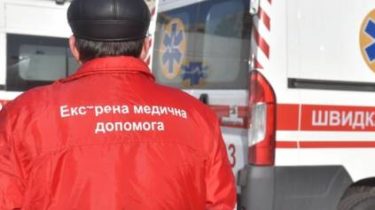 In Kiev, exploded Range Rover: the murder of the owner of the car

During inspection of the scene police seized the remains of parts from the fuse.

In the Svyatoshinsky district of Kiev on the street Yakub Kolas around 5 am, exploded Range Rover.

In the incident was injured feet, the owner of a foreign car, reports the Department of communication of the police of Kiev.

Like 100 firecrackers together. In Zelenodolsk exploded a box of gas meter flats

“The law enforcement received information that the street lit up the Range Rover, in extinguishing the fire which the explosion occurred. On a scene there arrived the patrol and investigative team of the territorial police Department, the bomb squad. Militiamen have established that when the owner prior to arrival the fire self extinguished car, he opened the hood, and then the explosion occurred. The victim was injured and was hospitalized in hospital”, – stated in the message.

During inspection of the scene police seized the remains of parts from the fuse. Now there are investigators and detectives to establish the circumstances of the fire and the cause of the explosion. The police at the scene interviewing possible witnesses.

The issue concerning the opening of criminal proceedings.

We will remind, earlier in Kiev in the stairwell of flats on the street Riverine explosion. The incident happened on 6th floor: during the conflict the owner of one of the apartments and the unknown men started the fight and explosion, presumably a fragmentation grenade. At the scene found traces of blood.