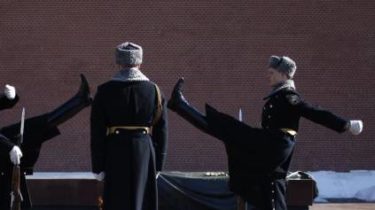 From Ukraine expelled 13 of the Russian diplomats. As much of Ukrainian diplomatic representatives were sent home to Moscow.

However, the process of expulsion of Ukrainians, the Kremlin has devoted special attention, traditionally resorting to blackmail in the settlement of the conflict in the Donbass, says the story TSN.Week.

This week in the building of the Russian foreign Ministry summoned the ambassadors of 23 countries, which presented a standard protest notes and lists of names of diplomats that Russia declared persona non grata. The longest list among Europeans of 13 people made the representative of Ukraine.

Annoyed The Kremlin. A diplomatic scandal because of “business Skripal” gaining momentum

Ukraine has devoted a separate statement with the traditional threats. In diplomatic language it sounds like a complication of the negotiations concerning the occupied Donbass. The “staged Kiev’s actions with Western countries, including France and Germany, creating a negative background for negotiations to resolve the crisis in Ukraine, including in the “Normandy format”, – said the Agency headed by Sergei Lavrov.

Ukrainians were given 48 hours to pack. It is now known that all diplomats are already on the territory of Ukraine. The state border they crossed cars. In General, it was six diplomats from the Embassy, five of the Consulate General of Ukraine in Rostov-on-don and two of the Consulate General in St. Petersburg. Consuls in Yekaterinburg and Novosibirsk, the Russians decided not to touch. It would mean automatic closure, because it works on two to three diplomats.

Before the capture of the Crimea and war on Donbass, it was the largest diplomatic mission of Ukraine abroad, where he worked one hundred and fifty people, and a delegation from Kiev arrived daily. After the Russian invasion the personnel was reduced more than threefold. Ambassador of Ukraine revoked in March 2014. Now there is only a charge d’affaires and a little more than twenty diplomats. The Embassy refused to give any comments.

“Ended I have a Ukrainian passport – decided to make a new one. The procedure is simple. Queue, of course, the weather failed. I have a small child, I could not be with him to travel to Ukraine, Sadik does not go, no one to leave. It is very important that there were representatives of Ukraine,” – said Yana Pisarenko, Ukrainian citizen from Druzhkivka.

What lives in the center “Russian world”. The head of Rossotrudnichestvo is in the monastery and having lunch with loyal figures

Every day new biometric passport of Ukraine in Moscow draws 30-40 people. Here come the foreigners to obtain the visa. “I work in Russia, I have a friend and I are trying to visit Ukraine. I want to know that my visa is ready. This is my third attempt. Visa costs 3800 rubles. I have already three times paid. My friend’s mother sent me an invitation to Ukraine”, – said Sherin, a citizen of the Philippines.

The most sensitive retaliate Russia dealt it by the Consulate in Rostov-on-don, where many of the trials of Ukrainian political prisoners. From the Embassy the Russians sent mostly security officers, but the mention of their work still remain in the form of barbed wire above the fence, which pulled directly in front of this diplomatic war.

Ukraine joined the three countries that have expelled Russian diplomats only. 13 disetronic with a Russian passport official Kiev was expelled this week from the country. With the response, the Kremlin was not slow. As many of our diplomats have been sent home and Moscow. 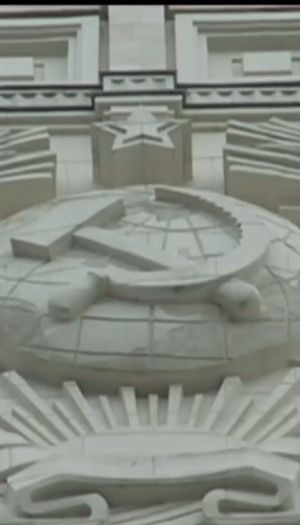