Thanks to a DNA test after three years, relatives of Ukrainian soldiers were able to rebury his remains 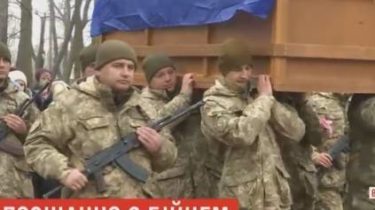 Thanks to a DNA test after three years, relatives of Ukrainian soldiers were able to rebury his remains

Region said goodbye to the volunteer Andrey Shcherbina. The funeral took place after three and a half years after his death. Thanks to the DNA match , relatives found the body of 40-year-old fighter, who was killed in Ilovajskij boiler in 2014. All the while he rested in an unmarked grave in the Krasnopolsky cemetery in the Dnieper river, according to TSN.12.00.

40-year-old Andrew went to the front as a volunteer, as soon as the war began. Along with a sister battalion of Donbass liberated Popasnaya, Lysychansk, Maryanka. And then came in ilovaiskaya boiler. The man died in front of his commander Vladimir Maximov. He is the only one of the 14 soldiers of the detachment, who were still alive.

“We have seen the ambush – the wall. The driver says: “God, help me to get the commander what to do?”. We decided to go to the left. They stopped and they hit the tank point-blank range. We started to collect the wounded, the dead, was such coals, you know,” says the commander.

The body of Andrey Shcherbina found thanks to certain DNA. All the while he rested in an unmarked grave in the Krasnopolsky cemetery in the river. Now Andrey Shcherbina gave the last honor in the Vinnitsa region. 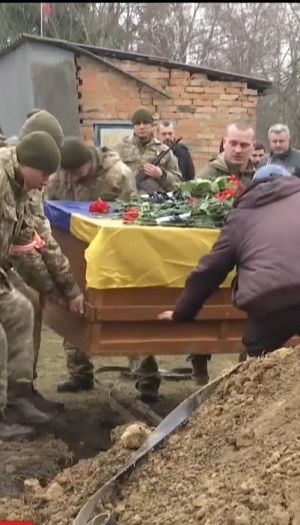 After Ilovaysk fighter three and a half year was considered missing. Andrey’s wife was left alone with two daughters. Because of lack of money was forced to submit to the court that her husband admitted conditionally to the victims. As a result, received the status of the victim’s family and children’s allowance. But the benefits that the state agreed to pay the families of the victims in the ATO, the woman has not received. A week ago came the results of the DNA examination. It has appeared, Andrey Shcherbina all this time was buried as an unknown soldier in a cemetery in the suburbs of the Dnieper.

“I buried him three months and three times I have raised. I survived this thanks to the little girl. Its been 6 months, I needed to live. Filed DNA. Coincidence not detected coincidence is now revealed,” says the wife of a volunteer.