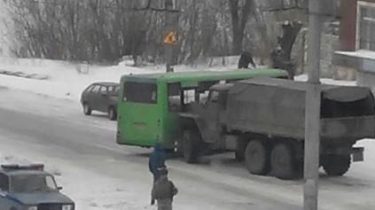 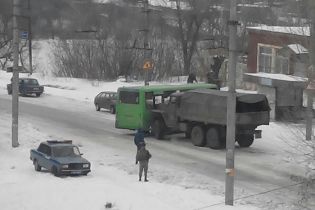 In the accident injured the driver and passengers of a minibus.

In the occupied Alchevsk in the Luhansk region, the militants are drunk on the “Ural” rammed a passenger busthat followed the route №33.

This is with reference to local residents, reports “Informant”.

According to eyewitnesses, the accident occurred last weekend on the street of Kirov in the area of the former 10th store. 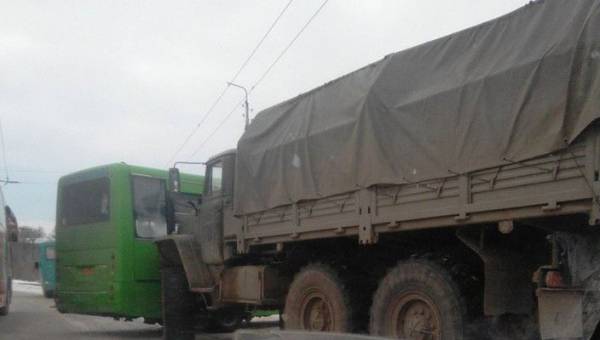 As people told, that day the roads were icy, and the militants of the so-called “4 OMBER of the people’s militia LNR” driving with excessive speed.

In the accident injured the bus driver and passengers. All victims were taken to trauma with fractures and a concussion.

We will remind, earlier Russian occupation troops during the exercises hit a shell in the house in the temporarily occupied the town of Yenakiyevo of Donetsk region.