SBU intercepted conversations of the militants, confirmed the presence of Russian troops in the Donbas 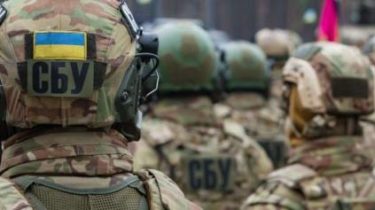 SBU intercepted conversations of the militants, confirmed the presence of Russian troops in the Donbas

Mercenaries during a conversation talking about the order to take Russian passports.

The security service of Ukraine intercepted negotiations militants in the Donbas, which confirm the presence of Russian military in illegal armed groups “LDNR”.

About it reported in a press-the SBU center, authorities released audio recordings of the two conversations.

“Hello, this is Karimov. E., called and said at 9:30 to bring them there, in the regiment, the passports of all the Russians, “says the unknown person on duty on communication, “the 9th separate motorized rifle regiment, 1 army corps of the Ministry of defence” so-called “DNR” on March 23 at 17:11.

The order from Moscow was confirmed by the commander of the “mortar battery of the 9th separate motorized rifle regiment, 1 army corps of the Ministry of defence” so-called “DNR”, nicknamed “the Archer”.

“A – all Russians to surrender their passports to the headquarters. Otherwise you will be dismissed tomorrow afternoon! To 9:30 in the morning. Said reports not good enough only passports. In short, you know who else from the “Pilot” there, can cooperate and go with them. Get out here already will not work, okay!? Sergey, I understand, but the pressure just. I was thinking freeze, but I can’t. There posdavali, 15 people have already submitted passport. Think that is more important to you: to stay in the army or products? Headquarters to donate, can contact the kindergarten for this reason,” he says in a telephone conversation with an unknown on the same day at 17:29.

According to the SBU, all Russian soldiers and commandos who are fighting in the Donbass, got the passport the fake republics.

Earlier, security officials had intercepted a conversation Zakharchenko about the “spin” placed the captured terrorists of the enterprises. The main terrorist Donetsk acknowledged that the list of enterprises will give to Moscow.