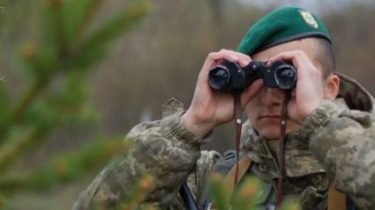 Ukrainian military received a burn on the retina.

“A few days ago, one of the guards while on duty at the checkpoint “Marinka”, making observations through optical instruments by area of responsibility, was blinded by the beam. It was used from the temporarily occupied territory”, – stated in the message.

As noted, in the result, the soldier received burns to the retina of the eye, of a soldier hospitalized in the Main military medical clinical centre of the state border service for specialized treatment.

“They create a “Newbie”, we – lightsabers”: Johnson explained the difference between Britain and Putin’s government

“The established medical diagnosis and the nature of the lesion allow us to conclude about the possible use of enemy emitters high power light, the so-called blinding lasers,” added the guards.

At the same time in gpsu noted that such cases were recorded in July 2016, then during the service the same lesions of the organs of vision received three soldiers Kramatorsk border detachment.

We will remind, for last days fighters 54 times fired at positions of Ukrainian soldiers. None of the military was not injured. The militants continue to escalate.