Australian scientists have discovered 2500-year-old mummy in a coffin, which were previously believed to be empty 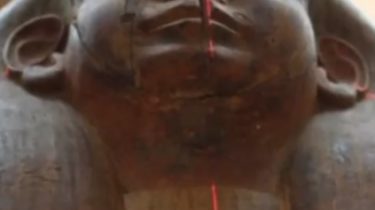 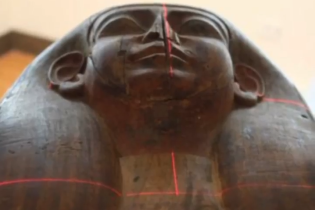 Australian scientists have discovered 2500-year-old mummy in a coffin, which were previously believed to be empty

Earlier it was reported that the tomb was empty or garbage.

Australian scientists have found a 2500 year old mummy in the Egyptian coffin. The coffin was purchased by the University of Sydney 150 years ago, were still intact at the Museum and Nicholson has never been studied. About it reports USA Today.

But at the end of last year, the researchers, removing the lid of the coffin, found the remains of a mummy.

The records previously reported that the tomb was empty or with garbage,” said Jamie Fraser, lead investigator and senior curator at the Museum.

The sarcophagus, one of four ancient and cleverly designed coffins, acquired around 1860 by Charles Nicholson, a former Chancellor of the University of Sydney.

Fraser noted that the initial study pointed to the remains of one adult, probably at the age of 30 years. The hieroglyphs reveal that the mummy, which dates back to 600 BC, was a priestess with the name of the Mayor-Nate-it-es. It is noted that while Egypt was ruled by the local Egyptians.

In Egypt, archaeologists found a unique tomb, which is over 4 thousand years

“We know from hieroglyphs that the Mayor Nate worked in the temple of Sekhmet, goddess logologo. It is noted that there are some clues in the characters, and the way of implementation of mummification and the style of the coffin tell us about how this temple of Sekhmet might work,” he said.

It is reported that last week was complete accurate scanning computed tomography (CT) and laser scanning for the purpose of 3D modeling. Currently, the examination was able to find a few bones, bandages, fragments of resin and more than 7000 glass beads with a funeral shawls.

Videoma to choose the ancient Egyptian mummies in the river

It is noted that the mummy was “deeply concerned” and, probably, the raiders robbed her, taking the gems and the amulet.

The discovery offers scientists a rare opportunity to experience the body, which can help uncover the mystery surrounding ancient Egypt.

“We can begin to ask some intimate questions,” Fraser said. So, the scientist wants to know the bones of pathologies, diet, diseases, way of life, as then lived and died the Egyptians. Whole mummies offer little academic advantage as they usually remain intact.

We will remind, earlier it was reported that scientists have unveiled the mysterious look of “the mummy alien” from the Region. Little mummy with a size of 15 cm, which was found in 2003 in the Atacama, in fact, was a child with extraordinary mutations, including potentially dangerous changes in seven genes, defects in which can lead to improper formation of bones and skulls, dwarfism, premature aging and the accretion of the bone.