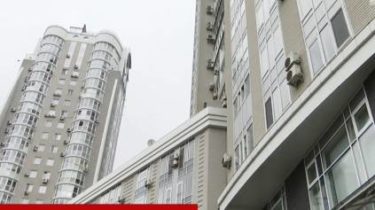 Kiev claims to have the housing office, and there all the accusations rejected.

The inhabitants of elite 30-storeyed building on Obolon quay in Kiev only five years after the erection of his house he noticed that the sprinkler system is running. To check housing them prompted the tragedy in the Russian Kemerovo, said in the story TSN.19:30.

Kiev say that when buying an apartment, paid not only for landscapes but also for safety, but now their comfortable dwelling called traps. “I live on the 21st floor, fly very high. I understand that neither the fire stairs, nothing will be enough,” says one of the residents of the house. At first glance, inside there are sensors of smoke, and an automated extinguishing system, and cabinets with fire hoses. But all this, according to people not working.

To check housing safety prompted the tragedy in the Russian Kemerovo. Hoses for water supply in the lockers people are not found, the sensors of smoke in the entrance do not work, and even a panic button is not pressed. In case of fire at least 10 of the last floors of the house will be for people trap. 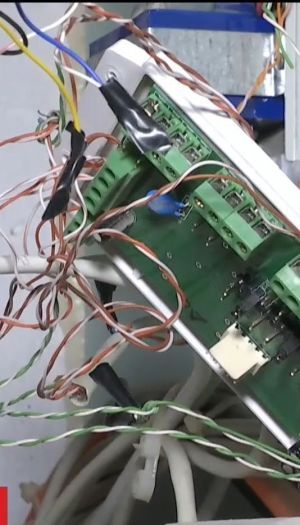 Not to be unfounded, the locals showed all the reporters in the lockers through the window shows that there is no hose, disturbing the red button is not even pressed, sensors of smoke only recently, the housing Department withdrew the package at the insistence of residents and fire hydrants are not functioning. What to do in case of emergency, people just don’t understand, because the rescuers, even if they have time to get there, it is unlikely to reach the 30th floor.

Five years ago, a similar fire in Kiev the candles on the Lot showed that the rescuers are not what reach the upper floors, but even to drive up to the homes could not. The last inspection in Obolon’s got people confused, because the control panels by means of fire in the room of the Concierge, according to the Concierge, stumbled – no instructions for dealing with them she was not allowed.

The Director of the private housing Department insists that everything in the house works properly, and the claims of the inhabitants – the usual slander. They say, those fire hoses are, but whether they should hang in the house, or be somewhere in the warehouse – residents should not worry. “Hose is not intended for residents. The residents the only thing to do is to take documents, valuables and for the scheme to go out”, – explained in the management of the home. In response to the scared people I plan to contact the rescuers, so they checked the house and was fined by the housing office. And residents initiated the creation of condominiums to independently maintain their homes.