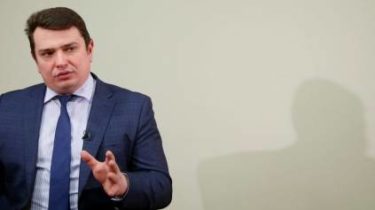 The head of the NABOO explained why the case was brought by the Prosecutor General.

The basis for opening of criminal proceedings against the head of the Specialized anti-corruption Prosecutor’s office of Nazar Golodnitsky was to obtain information that it hinders the investigation of the Odessa case.

This was stated by Director of the NABU Sytnyk in an interview ZN.UA.

“Detectives with the assumption that the investigation was deliberately slowed down. Not so long ago in the case of theft in Odessa city hall we got very specific information that confirmed our worst suspicions, and realized that to allow the situation to drift is unacceptable. As it turned out, about the same time, the same signals against the head of the SAP and received by our colleagues from the Prosecutor General’s office in connection with which they were registered criminal proceedings”, – he said.

As explained by Sytnyk, manufacturing registered the employees of the Prosecutor General, because NABOO supervising Prosecutor is the one who is directly concerned.

“At a certain stage colleagues from the General Prosecutor’s office suggested that we join forces to get the evidence. We agreed, realizing that in this case, this cooperation is necessary and justified. If we turned a blind eye to known facts, they would have become accomplices in illegal actions,” he added, noting that the word “we” implies NABOO.

We will remind, recently it became known that nazara Holodnitsky listened. In his office in the aquarium were found the equipment. Listening did the investigators of the GPU and NABOO. Today, March 30, Prosecutor General Yury Lutsenko addressed to the Qualification and disciplinary Commission of public prosecutors with a request to consider the dismissal of the head of SAP nazara Golodnitsky.