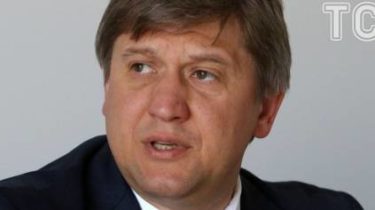 These funds would be invested in health, culture, sport.

The legalization of gambling business in Ukraine would bring to the budget about five billion annually.

This was announced by Finance Minister Alexander danyluk.

“The situation with the lottery market is similar to what happens with the FIU (financial investigation Service – ed.) – is active opposition. Lobbying groups do not give consideration in the Verkhovna Rada a comprehensive government bill. Because it is profitable to make billions with almost nothing to pay in the budget. Gambling office every step of the way – they are more than pharmacies,” said the official.

Deputy millions: TSN asked MPs about their financial successes for the year

According to him, gambling in this format negatively affects the social situation of the population, so it should be resolved by making appropriate changes in legislation.

Danyluk believes that the money will go to the budget he casino and slot machines, will invest in healthcare, sports, culture, social security of Ukrainians and the like.

“We need to legalize this area. Like it or not, and to pay taxes on the earned money you need. Already there ordering articles and stories that advocate the preservation of the existing situation. It’s understandable – people are fighting for their money. And we are fighting for full budget and basic law and order,” – said the Minister of Finance.

We will remind, earlier Alexander danyluk said that seeks to make legal in Ukraine, the gambling.