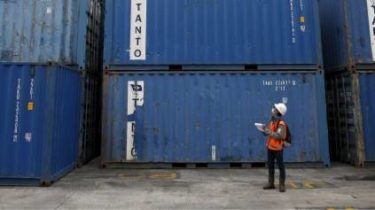 Also, the Ukrainians were intrigued by a negotiations with a new country on the FTA.

The agreement on free trade zone will cancel the import duties on 80% of industrial goods, as well as a number of agricultural products from Ukraine to Israel.

This was announced by Deputy Minister of economic development and trade of Ukraine Nataliya Mykolska, Interfax reported.

Launched a free trade zone between Ukraine and Canada. What this means

According to her, for a number agrotours import duty will cancel the quota limits. Import duty will be lifted gradually during the transition periods of three, five and seven years. Also some products will be subject to liberalization. However, jewelry is excluded from this list.

Mykolska noted that the opportunity for Ukrainian producers to export their goods duty-free to Israel is very important, because this country has a fairly closed market with high import duty rates. Thus, the rate of import duty on certain meat products exceed 280%.

In turn, Ukraine is opening 70% of the market of industrial goods for the Israeli producers, and also eliminates tariffs on some agricultural goods. Some of them will be abolished immediately after the FTA enters into force, and some for three to five years.

First Vice Prime Minister – Minister of economic development and trade Stepan Kubiv stressed that the list is not exhaustive, because the FTA is a long term document. He also said that in the near future Ukraine will start negotiations on an FTA with new country, but did not specify with what.

Launched a free trade zone between Ukraine and Canada. What this means

Recall that in Israel noted that Ukraine is one of the main suppliers of wheat in the country and the government is looking for a formula which will allow us to be confident in the long term on the Ukrainian grain supplies, and Ukraine – to receive benefits at the time of delivery.