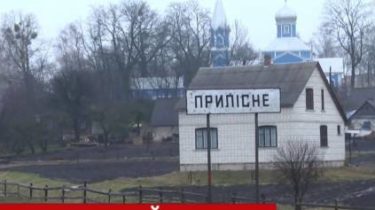 Their actions, the investigators explain, but the villagers and the regional deputies call the NEB to intervene in the situation.

New amber scandal broke out in Volhynia, where the Prosecutor without a court seized documents in one of the local communities only for the fact that she wanted to cooperate with the utility. The last invited to conduct geological exploration on 8 acres and determine what mineral deposits are in this area, says the story TSN.19:30.

The Chairman of the village Council said that the police acted as if it is a violation of community law, while the breach was in the actions of the prosecutors. “Without permission, without a court order can just come in here,” asks the Chairman if it Prilimanskoe Igor Tereshchenko. The actions of law enforcement officers surprised even the deputies of the regional Council. “In tests there is nothing wrong if they are legitimate. And when so require from you is supposedly the rule of law, and are violating,” says Ivan Kirichek.

The Prosecutor’s office without a court seized documents in one of the local communities just because she wanted to cooperate with the utility. The latter was to conduct geological exploration on eight acres and determine what mineral deposits present. In the regional Council are sure that in this way want to deal with unwanted, because the problems the community began because of cooperation with the “Olympiastrasse”. This municipal enterprise was founded last year by the decision of the regional Council, it should solve the problem of illegal amber mining and minerals in Volyn. The regional Council spent months collecting documentation, following every letter of the law, to cooperate with a legal company and wanted to work. – requested a geological survey to determine mineral deposits. “The exploration we are tasked to do by the state. Why other authorities on this do not pay attention,” – said the Director of KP “Womenpreneurs” Vasily Stolyar.

But to intelligence the case did not reach the Prosecutor’s office wrote the community a letter in which demanded to provide the copies, the community copies given away, but two days later, prosecutors came without a court order seize documents. “We went to the police with information about violations and waiting to enter information in ERDR”, – said the lawyer Prilimanskoe OTG Anton Primachenko. The Prosecutor’s office, meanwhile, denied all the accusations, because they investigation the Prosecutor’s office, they say, was entitled to come without a court order. “We have the right to petition for legitimation of such a search. And accordingly, if the court made a decision legitimizing such a search, documents that have been deleted, stay with us. If such a search is not legalized, the documents will be returned in the prescribed manner”, – said the head Manevichy the local Prosecutor’s office Oleg Nemirovsky.

Amber Scam of the year: an inconspicuous resident of the city has bought 200 acres of land with deposits of the precious stone

But in the community point out one detail: in the Volyn region, other communities have already transferred more than 200 acres in the private, not utility companies, but prosecutors why do not frequented. Therefore, the actions of the prosecutors referred to as pressure. The deputies are ready to convene the session, to give the scandal more publicity, but after the publication of such intention to all their prosecutors summoned for questioning. Meanwhile, representatives of “Womenpriests” has asked the NEB to intervene in the case and to evaluate the actions of law enforcement officers.