The wife of Yushchenko Jr. ignores the make-up and calls the former President “Papa”. Exclusive to TSN 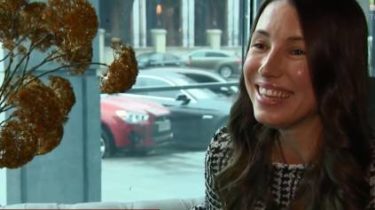 The wife of Yushchenko Jr. ignores the make-up and calls the former President “Papa”. Exclusive to TSN

The woman believes her achievement is that her husband has a beard.

Elena Bezuglaya has gone from model to a presidential daughter and became the wife of Andrei Yushchenko , the son of Viktor Yushchenko. For the wedding, which three months ago passed without publicity dress she sewed herself, says the story TSN.19:30.

Elena hides the date of birth of the new family that the marriage is not jinxed. It is known only that the wedding took place in November. “We honestly did not want to advertise it, because people don’t like ordinary, modest wedding. We generally never go out”, – says Elena Yushchenko. She gives interviews without makeup, and her clothes, says, old. “I don’t wear makeup, like to live without masks. I teach that it makes no sense to spend money on something new,” she says.

Andrei Yushchenko, the elder son of the third President, Elena had been friends for 14 years. The girl from Zaporozhye now calls herself a business woman and claims that the marriage with the younger Yushchenko conscious and forever. The couple live in the house of Andrew, next to the godfather, his father, Petro Poroshenko. See more later in the story TSN. 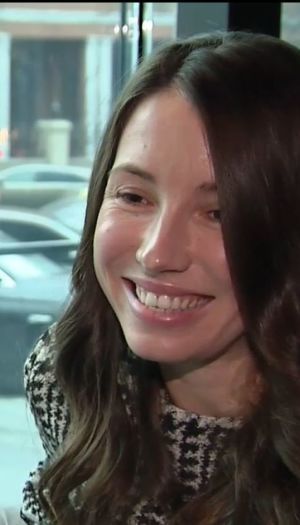 The love story of Andrew and his wife calls ancient. In their relationship there was a break in which to fit the first marriage of the President’s son. “Viktor Yushchenko’s dad called, I love him very much. Now I have three moms: my, Andrew and Catherine,” says the daughter of the former President. The length of the relationship with Andrew is estimated at 14 years, according to her, they met at the restaurant when she arrived in the capital city of Kiev, and he was the son of the President – under the close supervision of the press. “The son of God is a good name. I am a daughter of God, we are all children of God. For him, it was all hard, it’s a lie – what he wrote. Just paid and wanted to denigrate the person. At that time it was easier to earn, all the credit was taken, but nobody talks about it,” she says.

Elena economic education and the family that owns the big Bazaar in Odessa. Her mother seemed to know what intermarry with the President. “Mom always was a portrait of Viktor Yushchenko. We laughed so hard when already married. Mom said: see, I knew”, – said the daughter-in-law. About your mum she says that the farm has chickens, and do not hesitate to plant potatoes. “Now is the time”, explains Elena. She herself is afraid of chickens, and before her marriage went on the catwalks and starred in music videos and tried to stand in deputies and led clubs. Now owns half the restaurant and wants to open together with her husband own. “Andrew is very proud that I work for. And when my girlfriends: why do you work? You have the same husband! I say: well, you, apparently, do not understand,” she says.

Dreadful repetition: the wife of Yushchenko compared the poisoning of her husband with the attack on Skripal

Wife of Yushchenko Jr. likes that her husband wears a beard. “My merit is the beard. Why the priest has a beard, why do the kings have? Because it is male power. Andrey to me has changed, become wiser. We learn from each other. That Andrew, who was – he was young, and now this man who held”, says his wife. However, as her husband now earns, Elena is not recognized. The couple live in the house of Andrew next to the godfather, his father, Petro Poroshenko.