During memorial day, in the Donbass will facilitate the crossing of checkpoints 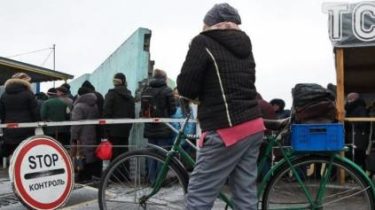 During memorial day, in the Donbass will facilitate the crossing of checkpoints

During memorial day, will be simplified skip the civilian population through checkpoints on the frontline of the armed conflict in the Donbass.

This decision was made during a meeting of the Tripartite contact group on peaceful settlement of the conflict in the Donbass, writes “Interfax-Ukraine”.

“Today, the TAG has decided to facilitate contact line crossing through the checkpoints during the memorial week to the residents of Eastern Ukraine could easily and safely visit the Church and cemetery” – said the special representative of the OSCE TKG Martin Sajdik.

TKG wants at this time, the transmission was enhanced by the presence of bodies which carry out control. It is also expected to increase the operation time of PPC is to start work an hour earlier and finish an hour later.

“This will be at all border crossings,” added the special envoy.

He noted that in the public interest calls upon the parties to make every effort to fully comply with the ceasefire regime on the eve of the Orthodox Easter and after it.

What else was said and decided during a meeting of the TKG, read on Dnia this link.