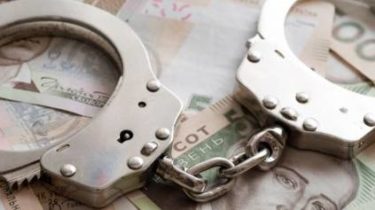 Total amount of losses in two cases is 7 million.

Employees of the Prosecutor General’s office exposed a corruption scheme of theft of public money in the supply of thermal energy in establishments of execution of punishments.

In particular, officials of one of the penal institutions of the Odessa region, contrary to the requirements of the legislation and the interests of the service, abusing official position, concluded with the limited liability company agreement on the purchase of thermal energy for public funds. In the future, officials of the Agency by prior agreement with the head of this society were systematically made to the acts of acceptance of the false information of excessive volumes of delivered thermal energy. As a result, the public Agency damages in the amount of more than UAH 5 million.

The law on the anti-corruption court did not consider due to lack of quorum.

Similar breaches of the law identified during the delivery of thermal energy in establishments of execution of punishments in Lviv region, where the amount of damage amounted to more than UAH 2 million.

On these facts began criminal proceedings on signs of the criminal offenses provided by part 5 of article 191, part 1 St. 366 criminal code of Ukraine (assignment, waste of property or taking to them by abuse of official position; office forgery).