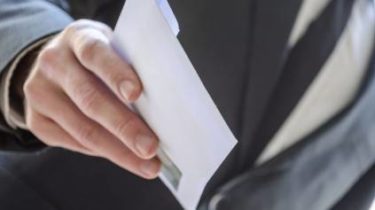 Exit from “shadow” officials attributed the increase in the minimum wage.

For the first nine months of 2017 in Ukraine has decreased by almost 300 thousand workers who worked illegally.

These data led the Deputy Prime Minister Pavlo Rozenko said on the website of the Cabinet.

“We see positive trends in reducing shadow employment. Nearly 300 thousand people during 9 months of 2017, reduced the number of workers employed in the informal sector of economy”, – said Rozenko.

Vice Prime Minister reminded that in parallel with the increase in wages was also changed and the order of formation of the tariff wage – the minimum wage rate cannot be below the subsistence minimum established for able-bodied persons on 1 January of the calendar year (now it is UAH 1762).

“During the inspection revealed violations of legislation on compliance with the minimum wage in respect of 768 employees. The heads of enterprises, institutions, organisations issued instructions on elimination of the revealed violations is compiled and submitted to the court the protocols on an administrative offense under the first paragraph of article 41 of the Cao, materials of checks are provided to authorized persons for consideration and imposition of financial sanctions under article 265 of the Labor code of Ukraine”, – said Rozenko.

Vice Prime Minister also reminded that “in 2017, the salaries of public sector workers, whose wages is based on the unified tariff, increased by an average of 20%”.

Recall that almost a quarter of Ukrainians receive more than 10 thousand hryvnias of a salary.