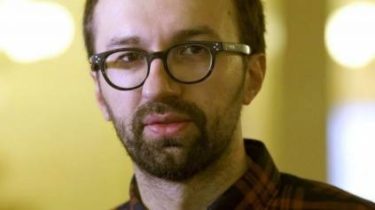 According to the anti-corruption Prosecutor, the MP could not afford such an expensive apartment.

Criminal proceedings in the case of the apartment of the people’s Deputy Serhiy Leshchenko resumed.

This was stated by the head of the Specialized anti-corruption prosecutors Nazar Golodnitsky.

“I was opposed to some of the analytical information has replaced manufacturing in relation to your apartment for 350 thousand dollars. I was against it. And it wasn’t brought in eRDR. Yes, late, but the production was. I’m waiting for the investigation, how it will end”, – he said.

Also Holodnitsky stressed that according to the analysis of income and expenses Leshchenko could not afford to buy an apartment in the center of Kiev.

We will note, before the MP asked the Golodnitsky, who he sees as his successor, and he replied, “Its successor to see you, Sergey Leshchenko,” sparking applause in the hall.

Recall the “housing case” Leshchenko was closed on 15 February. The Prosecutor’s office suspects the MP in receiving a gift in the form of discounts on the purchase of an apartmentthat exceeds statutory limits.