In Kiev, the students beat a classmate and broke his spine 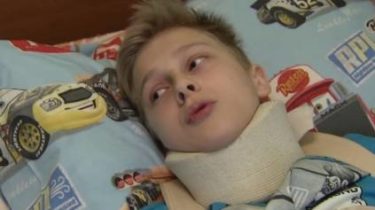 In Kiev, the students beat a classmate and broke his spine

The guy was treated.

Videos of bullying in the school appear almost daily and each one worse than the previous one. Fracture of the spine and four months confined to bed – that was the end of the regular school day for seventh graders from Kiev Maxim Chernikov.

The spine Maxim broke his classmates.

“It was very painful in the heart, in the chest and couldn’t hear my own feet,” says the guy.

The result of persecution, years of treatment and rehabilitation.

“Six minutes ruined the life of my child,” says the mother of a schoolboy Anna Chernikova.

“It happened on 7 Dec. After the second lesson I was walking to English class,” says guy.

Maxim – 12 years. He is actively involved in swimming and sports and ballroom dancing. And to fulfill another of his dream – to become an advertiser, in September, from a simple school he moved to a specialized Lyceum capital. After three months of training in just a few minutes, kind of fun classmates almost killed the guy.

“Took the bag, beaten, pushed, took backpacks and shifted things. After that, I ran to the second floor. But they found me there and ran. Nekrashevich, slapped me on the shoulder, and I defended them to my head did not hit. Nekrashevich told the kids who were standing there: “get away!”, and with full force punched me, I flew and fell,” – says Maxim.

In a few minutes brought him to the infirmary. He complained of sharp pain in back, chest and heart. Didn’t feel my feet. All I could do is call grandma.

“I arrived an hour and a half there. And no child care was not provided at all! You know? For all that, that the child complained of a sharp heartache. When they walked into the office, you know what they asked? They did not ask how he feels, they said, and you were fighting? And you gave back? And who is the first who got hit? Until I rudely did not suppress this interrogation. Then the ambulance arrived,” recalls Valentina Vologzhanina, grandmother of Maxim.

In the hospital found swelling of the spinal cord and bruised chest. Four days later it was installed and the final diagnosis was fracture of the spine.

“It’s not an accident! An accident is when a person slipped and fell. And here was attacked, beaten, thrown, and broke his spine! During the learning process! In school! I gave a healthy child and took out crippled!”, – mother says Maxim Anna Chernikova.

To videoslot life in 6 minutes: mother Maxim Chernikov told about beating of the son

Videos of bullying in the school appear online almost every day, and each worse than the previous one. Spine fracture and 4 months in bed – that was the end of the regular school day for seventh-grader Maxim Chernikov. Student of one of prestigious Moscow high schools became the latest victim of school bullying. Mama maxima right now in our Studio. 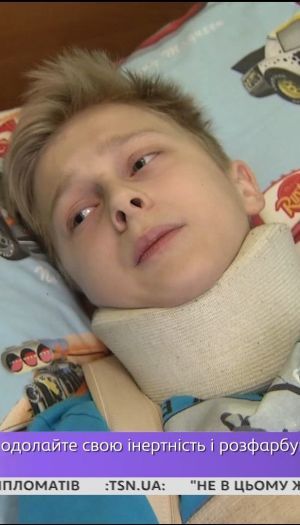 The school administration assures that any problems with the bullying never occurred. In a situation with Maxim acted according to the law.

“We conducted an investigation in accordance with applicable law within three days, clarified, punished the perpetrators. Is the Deputy on educational work, it is the duty of the teacher received an administrative penalty,” – said the Director of the Lyceum, tax and advertising case No. 21 of Kyiv Irina Grandmother.

But the mother, Anna knows the back and shows a video of bullying on other children that the disciples were posted on the Internet.

“Group “Memchiki 7A” in “Viber”. Began to tell me that you guys hurt each other, shoot constantly in the video, film it as he changes clothes in the locker room when coming to class. Told about how his classmate Eugene Raevsky beat, just lie with your legs. Children regard it as a game,” says Anna Chernikova.

The video of the same “games” is seen as the 7th-graders beat the boy. Behind the scenes the girl says and laughs: “They don’t know what I’m shooting! And let someone else down!”.

The Director of the Lyceum such cases is generally regarded as conflict.

“You understand that they are children, it is the human factor, it is a situation of communication of teenagers. There are different moments, different situations, but there was not such which can be solved”, – says the Director of the Lyceum Irina Grandmother.

However, as to be in a situation when the showdown ends with injury and years of treatment and rehabilitation? And most importantly: how, after all that happened, to return to the team? Neither Maxim nor his mother have not yet decided.

Videosto to do if your child is being bullied in school

School bullying is getting more violent. Only last month the police has opened three criminal proceedings. How to protect your child, if teachers do not react to bullying – said lawyer Roman Bondarenko. 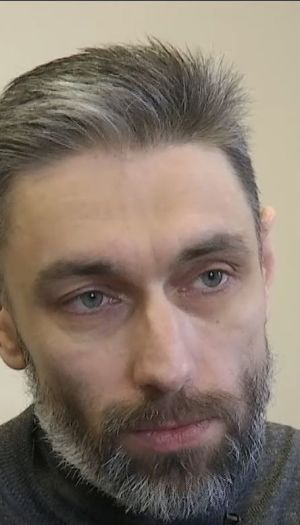