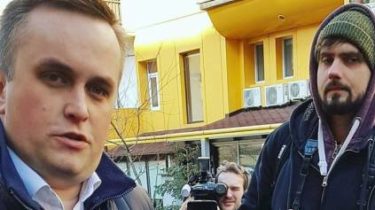 Head of SAP came in for questioning in the GPU.

Before he said that films can be obscene language and conversations with representatives of the defendants in the case. This was reported in the Facebook journalist Bogdan Amines.

The question would Holodnitsky become attorney General, he replied: “Not in this life.”

Holodnitsky also sent an official report to Prosecutor General Yury Lutsenko with a request to change the jurisdiction of criminal proceedings, a defendant who he was, and to entrust the investigation to another Department. About this UNIAN.

“I have a question about the objectivity of the preliminary investigation. As you know, this odious Department of the Prosecutor General (Department for investigation of particularly important cases in the field of Economics), which I like spectacular to the Director (Vladimir Gutsulyak) which has a number of issues – namely, three criminal proceedings, including on illicit enrichment. My question is, in fact, the objectivity of the investigation, actually, of this production,” said Holodnitsky.

Head of SAP said that the GPU has eight units engaged in the investigation.

“I understand the essence of how this can develop the consequence in such circumstances, with the aim of neutralizing spectacular in other industries, appealed on behalf of the implementation of the pre-trial investigation to another unit. The attorney General’s office eight units engaged in the investigation,” added Holodnitsky.

Videogaleria the Prosecutor’s office is preparing to interrogate nazara Holodnitsky

Today the head of the anti-corruption Prosecutor’s office to testify in the Prosecutor’s office. This is the second challenge for him last time, the Prosecutor did not appear, they say, learned of the subpoena only from the media. Officially Holodnitsky accused only in disciplinary cases, however, the head of NABOO Sytnyk complained to journalists that, allegedly, anti-corruption Prosecutor was leaking information to people who have planned searched. 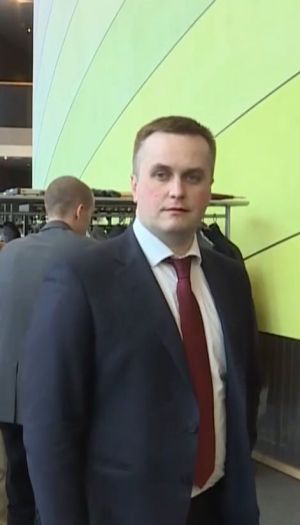