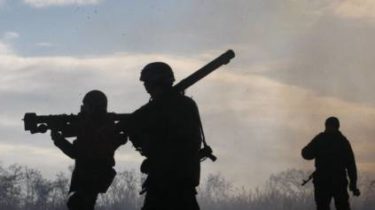 Operation will switch to the new format.

The format of the defense of the Eastern regions in the form of anti-terrorist operation will be completed in may this year. Ukraine goes to the operation of the joint forces.

About it the President Petro Poroshenko said at a press conference in Vinnytsia.

“Date of completion of the ATO will be in may. Because we are transitioning to another format of national defense in connection with the adopted law on the reintegration of Donbass. We are introducing a brand new, more effective action with the use of the armed forces,” he said.

We will remind, in the occupied Donbass began a new phase – the operation of the joint forces. This statement on 22 February by the chief of the General staff of the Armed forces of Ukraine Viktor Muzhenko. This became possible with the adoption of the law on de-occupation of Donbass – “On peculiarities of state policy on ensuring state sovereignty of Ukraine on the temporarily occupied territories in the Donetsk and Luhansk oblasts”, which President Petro Poroshenko has signed 20 Feb.