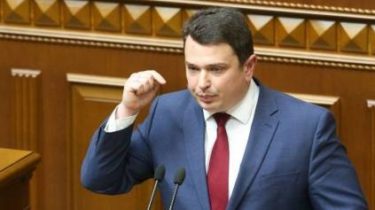 According to the Director of NABU, detectives and prosecutors are working normally.

Between the National anti-corruption Bureau and the Specialized anticorruption Prosecutor’s office there is no conflict.

This was stated during a speech in the Verkhovna Rada, Director of the National anticorruption Bureau of Ukraine Sytnyk.

“Creating SAP saved NABOO from the supervision of the General Prosecutor’s office. There is no conflict between NABU and SAP no. There are certain criminal proceedings, there are certain materials, which are now transferred to the competent authorities. If this applies to the penal code, it is transferred to the GPU, if for disciplinary proceedings – Commission of the prosecution of disciplinary offences,” he said.

At the same time Sitnic assured that the detectives NAB prosecutors and SAP are working normally, the anti-corruption Affairs in March filed more than two months.

The basis for opening of criminal proceedings against the head of the Specialized anti-corruption Prosecutor’s office of Nazar Holodnitsky information was received that he impedes the investigation of “Odessa case”.