Was aggressive and wanted to run. The police said details of the accident with the participation of the employee of Embassy of the Russian Federation 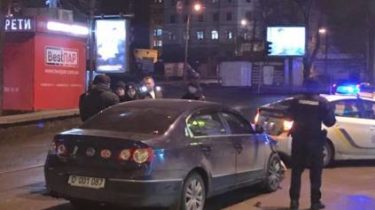 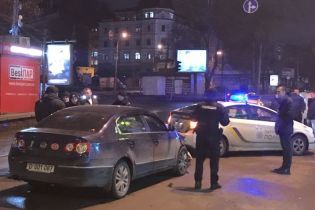 Was aggressive and wanted to run. The police said details of the accident with the participation of the employee of Embassy of the Russian Federation

Photos from the scene of the accident © Facebook/Kiev Operational

The man did not agree to undergo a test for alcohol.

A spokesman for the National police Jaroslav trakalo was told the details of the road accident which occurred on the night of April 1 in the Podolsk district of Kiev with participation of the car of the Russian Embassy.

According to the militiaman, the driver of a Volkswagen Passat on the diplomatic rooms lost control and collided with parked cars. Both cars received mechanical damages, victims are not.

“The driver tried to leave the scene, but were stopped by citizens and employees of the patrol police, who arrived on a call”, – quotes “Ukrainian truth” the words of the speaker of the national police.

He added that, according to police, the driver was in a state of alcoholic intoxication out of his mouth was felt appropriate smell, there was a noticeable loss of coordination took place with aggressive behavior. To take the test in dragør the man refused.

He showed the cops the employee of the Russian Embassy, on a scene there arrived the staff of the diplomatic mission of the Russian Federation. The Protocol on the violator was not, however, a report was drawn up.

“A copy of this report will be submitted to the Ministry of foreign Affairs of Ukraine for further decision on this case”, – said has Trakalo.

He added that among the passers-by and a driver of Volkswagen Passat, there was a conflict, however, the police prevented a fight. Information about that driver’s car of the Embassy was a passenger, was Trakalo not confirmed.

As previously reported, recently in Kiev mixer crashed into a car of the Embassy of France. Fiat 500 with diplomatic plates, at the wheel which was a Frenchman, walked down the street Gonchar. When the car stopped at a traffic light, behind it crashed into a KAMAZ.