Reaction to the arrest of the vessel “Nord”. The Russian black sea fleet is considering a permanent presence in the sea of Azov 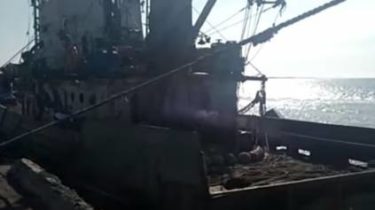 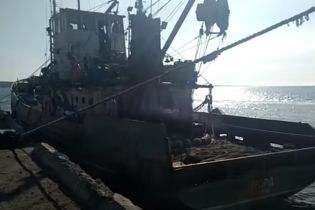 Reaction to the arrest of the vessel “Nord”. The Russian black sea fleet is considering a permanent presence in the sea of Azov

A crew of 10 people were engaged in fishing. He was detained by Ukrainian border guards.

Command of black sea fleet of the Russian Federation stated that considering the constant presence in the Azov sea, including naval aviation.

It is reported RIA Novosti citing a source in law enforcement bodies of the occupied Crimea.

“The aggressive actions of the Ukrainian Maritime border guards in international waters are not only a danger of seizure of the Russian courts, but also the formation of the present state of piracy”, — said the interlocutor of the Russian Agency.

Recall, March 25, in the Ukrainian waters of the Azov sea border guards detained the ship from the occupied Crimea, which was engaged in fishing under the flag of the Russian Federation. Fishing boat “NORD” was 15 miles from the Obitochnaya spit. A crew of 10 people were engaged in fishing and managed to catch more than 5 tons of seafood. After the detention it turned out that the ship prescribed in the occupied territory, i.e., in the Crimea, and the fishermen were passports of the Russian Federation issued in Kerch.

The ship was sent to the city of Berdyansk. It is now known that the vessel had violated the procedure of entry and exit from the occupied territory of Crimea.

The Federal security service of the Russian Federation has opened a criminal case under article of the Russian Criminal code “hijacking an aircraft, sea vessel or railway rolling stock”.

March 30, the Crimean court arrested the ship under the Russian flag.