Arrived in Ukraine the plane with Holy fire 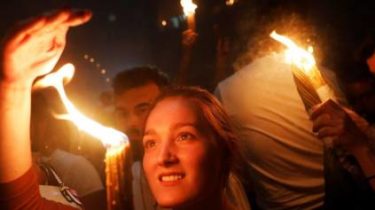 Arrived in Ukraine the plane with Holy fire

Holy fire descended in Jerusalem about two in the afternoon.

Arrived in Ukraine, the Holy firethat came down on Saturday, April 7, in Jerusalem, says the story TSN.19:30

Video settings the Church of the Holy Sepulchre, the Holy fire descended

To unravel the mystery of this symbol of God’s blessing for hundreds of years and no one else could. Holy fire descends every year through the prayers of the Patriarch of Jerusalem. Before he enters the Edicule, the Tomb of Gospodini carefully checked. In Kiev, the Holy fire will arrive around eight in the evening. 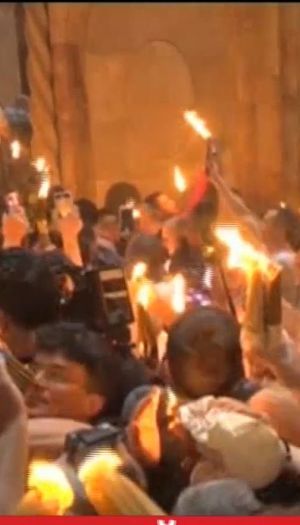 “I congratulate all of you on Easter. We have received the Holy fire through the prayers of all the believers from the hands of Patriarch Theophilos III of Jerusalem and brought to Ukraine with the blessing of Patriarch Filaret, to build faith,” said Bishop Michael, who in the delegation of the Kyiv Patriarchate went for Holy fire. 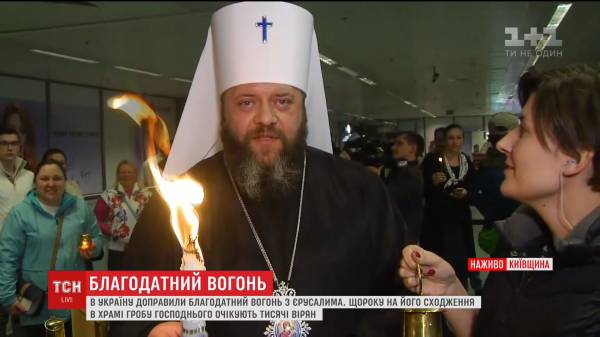 It is also known that before the Holy fire arrived in the Dnieper. He was taken there in a private plane.

Holy fire is a miracle, which is awaited every year and is called the biggest mystery of the Christian world.

As always to witness this event, from early morning near in the Church of the Holy Sepulchre gathered hundreds of thousands of pilgrims.

How and where rises the symbol of God’s blessing, Holy fire, is to solve it for hundreds of years and no one else could. This happens through the prayer of the Patriarch of Jerusalem.
Before he enters the Edicule, thoroughly inspect him and the Holy Sepulchre.

And in the first minutes after convergence, people just feeds the fire, because he doesn’t show up.