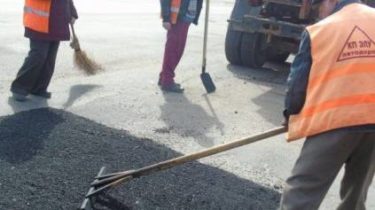 In connection with the repair of expansion joints

In connection with the repair work conducted by the UK “kievavtodor” partially restricted traffic on the overpass at the junction of Prospekt Kosmonavta Komarova Avenue Kurbas. Restriction of movement will last until the evening of April 9, 2018.

About it reports a press-service of QA “kievavtodor” on page in the network Facebook.

“20:00 6 April 2018 until 20:00 on 9 April 2018, in connection with the repair of expansion joints, traffic on the overpass over the railroad tracks at the junction of street of Cosmonaut Komarova St. Kurbas in the direction of the street. The street will be partially restricted,” the report says.

In Kiev at Easter will extend the work of public transport and increase the number of units of rolling stock.

The corresponding order was prepared by the Kyiv city state administration.