NABU checks whether Tymoshenko € 4 million from the Libyan dictator Gaddafi 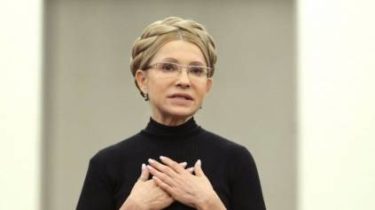 NABU checks whether Tymoshenko € 4 million from the Libyan dictator Gaddafi

The money was allegedly sent on the campaign trail.

The national anti-corruption Bureau of Ukraine started the check, whether Yulia Tymoshenko is 4 million euros from the Libyan dictator Muammar Gaddafi to Finance its election campaign on presidential elections of Ukraine of 2010.

Response to start the test from the NABU has received the people’s Deputy Vladimir Aryev and put a copy of the letter on his Twitter page.

“NABOO has begun checking information about the financing of the election campaign of Yulia Tymoshenko in 2010, Libyan dictator Muammar Gaddafi. The only question is whether the relevant requests are directed to the law enforcement authorities of Libya regarding the receipt of information from the surviving members of the Gaddafi family,” wrote Ryan. 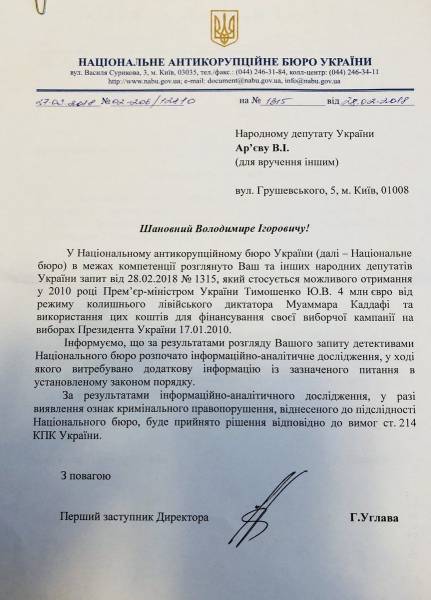 Recall, according to the Arab newspaper Asharq Al Awsat, in 2010 the Gaddafi regime gave money for the election campaign of the then presidential candidate of Ukraine Yulia Tymoshenko. Assistant from the entourage of the son of the Libyan dictator Safe al-Islam on condition of anonymity said that the campaign Tymoshenko was allegedly allocated at least 4 million euros. The money ordered by the then Libyan Prime Minister Baghdadi al-Mahmoudi, they were placed in the bag with bills of 500 euros.

“We went on a private jet, they met us at the airport in Kiev, we spent the night there and returned. The money was the then Vice Prime Minister of Ukraine”, – said the assistant of Gaddafi’s son.

At the same time, the press Secretary of Yulia Tymoshenko Maryna Soroka denied a report in the Arab newspaper: “This information is not true, it’s all true”.