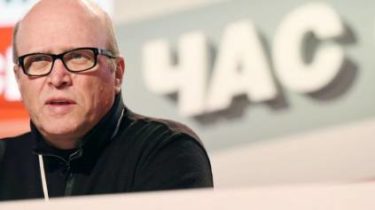 The Central election Commission registered the people’s Deputy from the party Block Petro Poroshenko Roman Zvarych, who was an ally of President Viktor Yushchenko.

About it reports a press-service of the CEC.

“Having considered the relevant documents, the Commission registered the people’s Deputy of Ukraine elected at extraordinary elections of people’s deputies of Ukraine October 26, 2014 at nationwide multi-member constituency Zvarych R. M., born in 1953, lives in Kyiv, non-partisan, included in the electoral list of the party “Block of Petro Poroshenko” No. 82″, – stated in the message.

Note, Zvarych will take the place of Valery Patskan, who left the party after the appointment of the Chairman of the accounts chamber.

We will remind, in 2005 and 2006, Roman Zvarych was the Minister of justice. Moreover, in 2005, was at the center of the scandal, as it became clear that he had no legal education. During the Premiership of Yanukovych resigned from the Cabinet and was appointed as the representative of President Viktor Yushchenko in the Parliament until 2007.