Near Kiev, a pedestrian rushed under the wheels “Nissan” 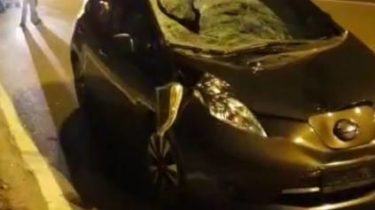 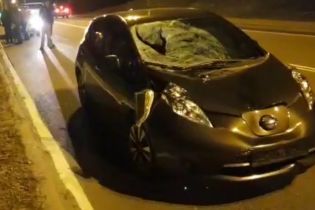 Near Kiev, a pedestrian rushed under the wheels “Nissan”

The man died on the spot.

According to preliminary data, the car “Nissan” drove toward the capital at high speed when he was under the wheels in the wrong place to go rushed to the pedestrian. He died in a few minutes.

From strong blow the car has a big dent on the windshield.

At the scene police work.

We will remind, in the capital killed a pedestrian in the dark ran across the track to eight lanes. A man was hit by a car Daewoo Lanos. The driver managed to brake in time, because until recently did not see the pedestrian and did not expect that someone can emerge from the darkness in front of the wheels on such a busy highway. The victim died on the spot.