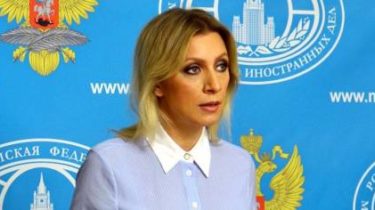 Moscow needs to return the ship and its crew.

Russia protests against the detention of the fishing vessel “Nord” in the sea of Azov and demands the immediate release of its crew.

A corresponding note to the Ministry of foreign Affairs of the Russian Federation presented the interim attorney of Ukraine in Russia Ruslan Nimchinsky, reports RIA Novosti.

The Crimean detention of the vessel “Nord”. Russia has threatened to send the Navy and air force in the sea of Azov

Official representative of the Russian foreign Ministry Maria Zakharova said that Nischinskogo handed a protest note on April 3. According to her, Moscow demands from Kiev to immediately release the crew members of the vessel Nord consisting of ten people, as well as the return of the ship owner.

The Russian Ministry said the representative of Ukraine that “the seamen kept in inhumane conditions.” Zakharova also said that they have not allowed Russian consular officers.

Recall, March 25, in the Ukrainian waters of the Azov sea border guards detained the ship from the occupied Crimea, which was engaged in fishing under the flag of the Russian Federation. Fishing boat “Nord” was 15 miles from the Obitochnaya spit. A crew of 10 people were engaged in fishing and managed to catch more than 5 tons of seafood. After the detention it turned out that the ship prescribed in the occupied territory, i.e., in the Crimea, and the fishermen were passports of the Russian Federation issued in Kerch.

The ship was sent to the city of Berdyansk. It is now known that the vessel had violated the procedure of entry and exit from the occupied territory of Crimea.

The Federal security service of the Russian Federation for its part has opened a criminal case under article of the Russian Criminal code “hijacking an aircraft, sea vessel or railway rolling stock”.

March 30, the Crimean court arrested the ship under the Russian flag.

This is a reaction to the arrest by Ukrainian border guards of the Russian fishing vessel “Nord”. The captain of the ship can not escape criminal responsibility, saying the Prosecutor’s office. For violating the procedure of entry in the temporarily occupied territory of Ukraine and departure from it, to it threatens till 5 years of imprisonment. 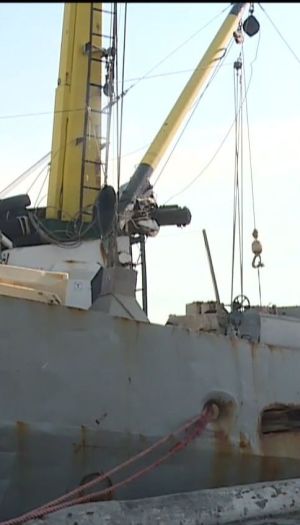