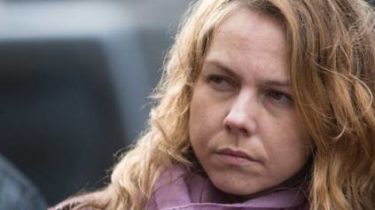 Besides Vera Savchenko says that she was being watched.

Sister of the people’s Deputy of Hope Savchenko said that her car found the explosives, which had to work at high speed.

About this Faith Savchenko said on air of the TV channel ZIK.

“I gave your car to a special inspection. The experts found that there was a bookmark on the explosives. At the appropriate speed would work. I wonder if now they will arrest anyone who does not agree with the current government. The powers usurped by Peter, cleans the entire competitive opposition. So I think that the matter of Hope is totally politicized,” she said, adding that she was being watched.

According to Savchenko, she now hopes to help the “friends of the EU and the USA”.

“These people participated in the liberation of Nadya from the Russian captivity. They know it. So our partners are well aware of who in Ukraine is Kremlin agents. I wrote a letter to the Trump and hope to intervene in the situation,” said Faith.

The former head of “Ukrspirt” was planning to organize a mass shooting in the Parliament.

Separately, a woman spoke about the status of a prisoner in custody sisters, with whom he had a date to the Department of providing a pretrial investigation of SBU.

“The Hope is the experience of fasting in Russia, and she knows the reaction of his body. But she was not allowed to drink water, she uses raw, from the tap. This provoked spasms of the stomach, bloody vomiting, and fever. So her way of breathing drained. I gave her drops and communicated with a staff physician jail. He said he gave the pills. However, Hope will not take them systematically, as in the capsule you can put anything,” she explained.